Pardubice is situated on the bank of the second longest river in the Czech Republic, the Labe River. There is also another river called Chrudimka. Pardubice is located at approximately 15° east longitude and 50° north longitude. The city is located approximately 100 km east of the capital city of Prague, 150 km north-west of Brno. Pardubice is in the area of Labe Lowlands with average elevation of 220 m and its area is 83 km². The area is of lowland character without many hills. One exception is a nearby hill, Kunětická hora.

It has about 92,000 inhabitants and is the capital city of the Pardubice Region. The historic centre is well preserved and is protected by law as an urban monument reservation. The main Pernštýnské square is dominated by the Green Gate with remains of the town's fortifications. The Chateau, which has been reconstructed, is located nearby. The city itself has many historical buildings. Pardubice is very well accessible by rail and is a transport hub. The presence of a mixed-traffic airport is also an advantage. The airport is operated by East Bohemian Airport, a.s., which is owned two-thirds by the Pardubice City Council and one-third by the Pardubice Region. You can also reach the capital Prague by train which departs approximately every half an hour from Pardubice railway station. The journey takes less than 1 hour, depending on the type of train. Pardubice Central Station was the first station in the Czech Republic to provide full access for disabled people to all parts of the station and boarding islands. If You want to reach Pardubice by car from Prague You should take the D11 motorway towards Hradec Králové and turn off at exit 84 - direction Pardubice. You need a vignette for this motorway, which you can buy at any petrol station or Czech Post Office.

Public transport has been operated by the Pardubice City Transport Company for more than 70 years. The current system includes around 30 regular lines. Further information on transportation can be found here: Transport

Pardubice is well known also like the City of industry. The main industries are chemical industry, electrical engineering and mechanical engineering. The chemical industry is represented by a company Paramo and Synthesia, which was founded in Pardubice-Semtín as a stock factory for explosive substances. This field of industry together with the factory went through significant development, especially in 1960s. Synthesia is now one of the leading Czech companies manufacturing cellulose, pigments and dyes, and organic compounds. Synthesia is also associated with the invention of Semtex plastic explosive.

Pardubice is called the City of sport. The ice hockey club Dynamo Pardubice plays in the highest Czech ice-hockey league. As of 2021/2022, the highest-ranked team from the city is FK Pardubice, which plays also the highest Czech football league. The city is also home to the Golden Helmet of Pardubice, a motorcycle speedway competition held at the Svítkov Stadium. The Golden Helmet has been run since 1929 is one of the most prestigious individual titles in world speedway outside of the Speedway World Championship or a riders national championship. Pardubice organizes also the Great Pardubice steeplechase (Velká pardubická), one of the hardest horse race in the Europe. Velká pardubická is cross-country steeplechase run with the tradition since 1874. It takes place every year on the second Sunday in October. The length of the steeplechase is 6.9 km, with 31 obstacles. It usually takes 9–10 minutes to finish the course. 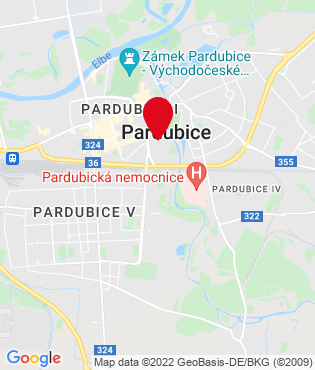